"The Lotus Group Granada loudspeaker. Responsible for the most musically enjoyable demo I have experienced in almost 30 years of show attendance."

Combining centuries old craftsmanship with the latest technological advances, the Lotus Group Granada provides entrée into a world where the recorded becomes live and thinking is replaced with being.

Most Significant New Product or Company: "The Lotus Group Granada loudspeaker. Responsible for the most musically enjoyable demo I have experienced in almost 30 years of show attendance."

"...one of the finest systems I've ever heard, and not JUST at a show."

"It was just spectacular sound, relaxed, laidback, and alive, dripping with harmonic richness, full of musical detail, and coherent from top to bottom. This is, without question, one of the finest systems I've ever heard, and not JUST at a show." 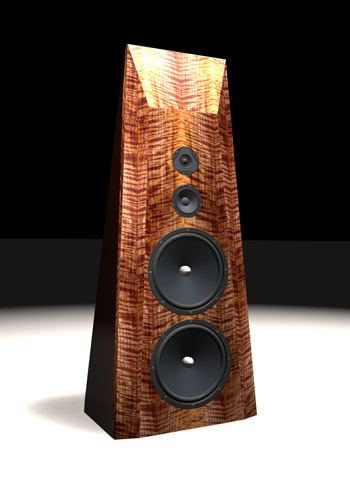 "I could have sat and listened to this system for hours."

"I'm always heartened to see individuals pushing the envelope and trying new things. A good example is the Granada Loudspeaker from The Lotus Group that combines a super-exotic (and super-expensive) Feastrex field-coil driver in an open baffle with a DSP crossover. The design was radically different, but so was the sound--completely natural, relaxed, and "un-hi-fi-like." I could have sat and listened to this system for hours. We're thankful for individuals who pursue their dreams and build (and demonstrate) new technologies and approaches--they are the ones who keep alive high-end audio's core values and breathe new life into the field."


"What it was doing that so many other speakers weren’t was sounding flat, uncolored, and utterly coherent."

"As it was at CES, the Lotus Group Granada was a model of neutrality. Even though it was digitizing analog sources via its DSP crossover, it still managed to reproduce Joan Baez’s voice and guitar on “Gospel Ship” with exceptionally natural timbre. Oh, maybe it was subtracting a little bit of the most delicate tremolo from Joanie’s soprano, but it wasn’t subtracting anything else. What it was doing that so many other speakers weren’t was sounding flat, uncolored, and utterly coherent. This (two-way) speaker (using the marvelous Feastrex cone from Japan, augmented below 200Hz by a couple of Acoustic Elegance woofers) needs a review in TAS. Robert named it “Best of Show” at RMAF (and I named it a runner-up), and it was a strong contender again at CES."


"You had to be there with me to witness an absolutely amazing set of speakers... SINGING WITH LUCIANO PAVORITI'S thrilling glory."

Jim Merod - Positive Feedback
“...a really significant new loudspeaker” Michael Fremer - Stereophile Magazine
"Gut wrenching." That’s from my notes and they appear to have been written in a shaky hand. Joe Cohen of the Lotus Group gathered a group of gear together that can knock you off your seat or perhaps soothe your inner savage beast with some delicacy when called for." Michael Lavorna, Stereophile
"The Lotus Group Room.

"Featuring the absolutely gorgeous sounding Granada speaker, this demo was totally stunning and perfect in every way. No matter what was played, this system was dynamic, clean, and at times extremely spooky real. The speakers have a totally seducing open quality that really drew me in to the music, no matter what was played. I almost missed this room, but standing at the elevator I heard this excellent Jazz recording featuring a three piece group highlighted by Jimmy Smith on the Hammond B-3 organ. Since I own this organ, and have played it my entire life, I am very familiar with its tube like sweet tonal quality. The bass pedals sounded just like they should, deep, full and powerful, with no overhang between notes. The organ sounded like it was in the room, and I thought it really was before entering the room. When I asked the gentleman to put on my recordings, he had no reservation in playing them at realistic levels. The sound was enveloping, extraordinarily powerful and effortless with VERY accurate timbre and tonality. From the bottom up, nothing stuck out in the mix, which had a very wide and deep sound stage(again as they should) which allowed you to hear the air mix with the horns and drums in a way that sounded like I was at a drum corps show. The inner voices of the horns were clearly rendered, highs wide open and clear, and bass that was tight and impactful without being overwhelming and wolly. I was in this room for 30 minutes and didn't want to leave. This system was addictive to the hilt, and I wanted to take it home."